VISIT FROM MY MATE GLENN 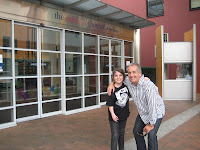 I have been at The Children's Hospital at Westmead now for 2 weeks and Glenn surprised me with a visit today.

I was so pleased to see him and we had a great time. 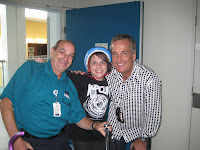 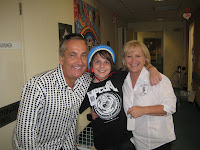 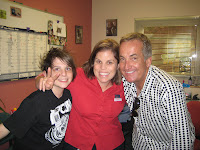 I got to introduce him to some of my friends at the hospital.

I have a great bike I ride at the hospital this is how I showed Glenn the sights.... 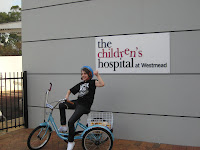 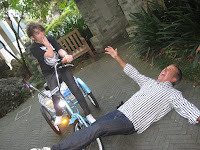 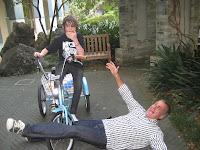 Don't worry he is all right we took him to doctor and they fixed him up .....
He was ready for his afternoon appointment in no time. Doctors said to just have a rest and he would be all good. 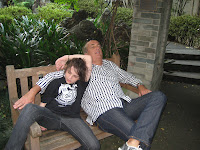 pped off a great two days that was had by me yesterday when good old Bronco's won against poor old Glenn's team the Sharks. We had a $5 bet on who would win and he had to pay up today. AND he did it in person over a cuppa and a cake and a tour......... I don't think he has ever had a tour of a hospital quite like the one I gave him.

I did have to have a rest when he left - it is hard work being a tour guide.

Tune in next time for more adventures at the hospital with me.

Labels: Photos of me, Special Events 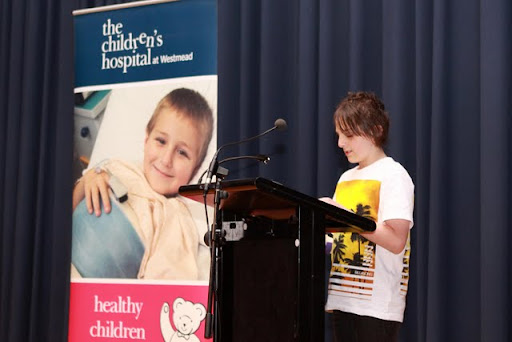 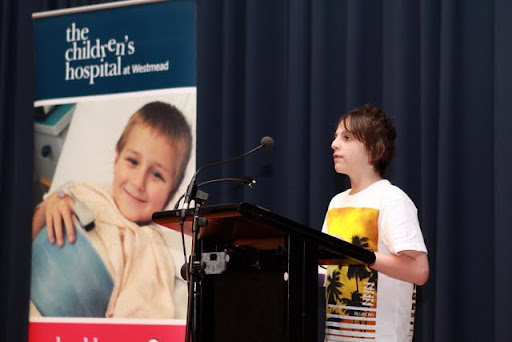 Donor Thank You Function for The Children's Hospital at Westmead
Sunday night, 10th April 2010 at the NSW Art Gallery
I was asked to speak to the donors and let them know my experiences and why donating is important.

Thank you mum - Hi everyone, my name is Connor Maclean, I am 13 years old and was flown to The Children's Hospital at Westmead ( TCHW ) at birth.

I have had hundreds of trips to the Children's Hospital at Westmead and have had over 40 operations.

My treatment is ongoing and there will be more admissions and more operations to keep me alive.

Without the ongoing help from the Children's Hospital at Westmead I would not have a very happy life.

The doctors are the best in the country, even the world. Dr Shun is one of my main surgeons, without him I would not be alive today.

Without your donations children like myself would also not be alive.

There are so many different area's of the hospital that need regular ongoing funds. I get to see the benefits of your donations both personally and through other kids.

Over the last few years I have raised over $32,000 from concerts, calendars, CD's I have recorded and my art.

Mum and I try and give something back to the hospital by helping fund raise.

I am always trying to think of new and different ways to spread the word to help The Children's Hospital at Westmead.

Some of my idea'a the fund raising girls say PASS.......... but mostly they have liked the ideas I have had. AS LONG AS IT IS FUN I SAY !

I call The Children's Hospital at Westmead my second home.

I hope that you will continue to be a part of the Children's Hospital at Westmead family by your continued support.

It is greatly needed and it allows children like myself to smile and be able to enjoy life.

THANK YOU FOR LISTENING.
Posted by Connor Maclean at 6:48 PM No comments:

Labels: Photos of me, Special Events 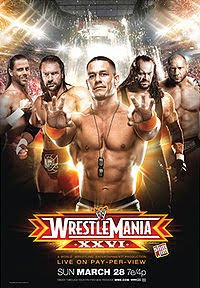 My favourite match of the night will be Money in the Bank - I think that Matt Hardy will win this because I can't see anyone else in the match good enough to become a world champion.
Posted by Connor Maclean at 9:22 PM No comments: